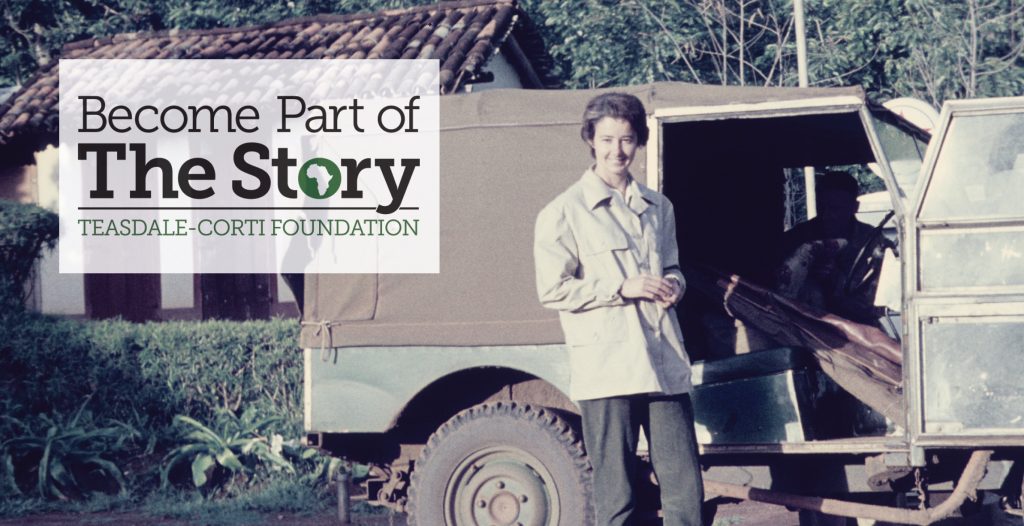 In this issue, we deepen our focus on women at Lacor, asking questions about the challenges they faced to achieve their success—challenges that remain insurmountable to many women in the region.

Women have been at the heart of Lacor’s practice since the very beginning, from the incredible achievements of its founder, Dr. Lucille Teasdale, through the care provided by female nurses and doctors during Uganda’s civil war, to the centrality of female labour to Lacor’s current operations—in 2019, more than two thirds of Lacor’s employees are women. Despite the obstacles that women still face in Uganda, these are accomplishments that should be celebrated.

Therefore, every article in this year’s Spring Newsletter is devoted to broadening our understanding of women’s labour at Lacor. When we consider the strides taken and the impact made, we can commit to building bridges to greater success and equality.

In this issue, you will read about the daily experiences of women at Lacor, as well as the barriers faced by some women in the broader community. You will also get a picture of a day in the life of two women who work in Lacor’s paediatric ward.

Finally, you will learn about a little-known episode in the life of Dr. Lucille Teasdale, whose enterprising decisions touched the lives of women for the many generations that followed.

We wish everyone a wonderful spring and thank you from the bottom of our hearts for your continued support.

For the women at Lacor Hospital, the first and best example of strength and autonomy is Dr. Lucille Teasdale, one of the Hospital’s founders and a pioneer in the medical field. Considering Dr. Teasdale’s impact, a Lacor pharmacist, Jacinta, reflects: “Lucille broke many barriers and was able to show her skills in a sector from which women have always been excluded.”

Dr. Teasdale’s success was remarkable, but many women in Uganda face obstacles to forging paths to independence and achievement. At Lacor, we sat down with several female employees to hear about their own experiences with gender bias. Together, they acknowledged that more and more women have set goals to improve their lives. These women are trying to liberate themselves from economic and social disadvantages to become autonomous, but they face challenges. The cultural barriers are many: often the family does not believe that girls should study, and does not support women in their choices. Aramo Olga, a pharmacist technician, adds: “Men are convinced that educated women are rebellious and difficult to control.”

This lack of support has affected many female staff members at Lacor. For example, Sister Angioletta, a head nurse, had to fight to attain her position. She explains: “When I told my parents that I wanted to be a nurse, my father was criticized by friends. At a certain point the pressure became so strong that my sister and I went to live with an uncle who believed in female education.”

Today, the biggest challenge women face is a lack of spousal support, but many of Lacor’s female employees agree that being a woman is a blessing and must not limit anybody from realizing their potential.

Reality is changing, but very slowly. A few years ago, women could not even speak in public or participate in an assembly. A solution suggested by several of the women interviewed is to involve men in strategies for female emancipation. Jacinta adds: “The greatest difficulty is to stem social prejudice about the role of women. Traditionally, her place is in the home and her job is to care for children.” Overcoming this stereotype will be a difficult task for the new generations.

However, the women interviewed think that Lacor gives a good level of attention to female employment. And it’s not just a question of numbers. Not only is the hospital hiring many women (400 of Lacor’s 600 staff members are female), but Lacor also offers maternity leave and the possibility of obtaining a loan. “Last year the cooperative, also referred to as the credit union, loaned 527 million Ugandan shillings,” explains supervisor Lalobo Francis. “It offers women the chance to get more money to finance their children’s studies or to buy a piece of land and build a house.”

You only need to sit for a few hours on one of the colourful pediatric benches to see how hard Lacor’s staff works to save so many lives.

Every year, Lacor and its peripheral centers treat 84,000 children under the age of six; 18,000 are hospitalized in the paediatric unit. In the middle of the room, Sister Ayot Grace Flona, the Head Nurse in a signature bright yellow belt, never stops. Robust and smiling at Lacor’s paediatric patients, she juggles emergencies with confidence and competence.

Today, Sister Flona began work at 8.30 am. Four children had to be transported to the Gulu Regional Hospital to see a cardiologist who comes from Kampala once a month. “These children are small and vulnerable, with a little tube attached to their oxygen bottle,” says Sister Flona. She checks that everything is in order before sending off the children and their mothers in the precious ambulance.

As Sister Flona prepares the children, a little boy named Okello arrives needing urgent care. He had swallowed disinfectant he found unattended at his aunt’s house. Fortunately, thanks to contributions from a generous donor, another ambulance was available to rush Okello to Lacor, where an antidote allows him to recover quickly.

In the ward’s prenatal section, Nurse Aryemo Frances welcomes future mothers, as she does every day. Frances has worked at Lacor since 1987. She still clearly remembers the dedication of Dr. Lucille Teasdale, and considers the impact of Lacor’s founder on Frances’s own commitment to her patients: “Lucille spent a lot of time to help us grow; she was completely dedicated to patients and wanted the same from us.”

Today, Nurse Frances arrived at 7am to clean the wing. From 9am, she began to receive women sitting patiently at her office door. Frances describes how she helps these women: “I illustrate the correct diet to follow during pregnancy, I administer folic acid during the first trimester, and I explain how to prevent malaria and HIV.”

Laboratory tests carried out in the paediatric unit identify a patient’s blood group, the values of haemoglobin, and whether a pregnant woman has HIV. If she does, Lacor’s neighboring HIV clinic cares for her, initiating her to antiretroviral therapy. This way, the virus is kept at bay and prevented from transmission to her infant at the time of delivery.

From the center of the thriving paediatrics ward, where Nurse Frances and Sister Fiona—as well as many other healthcare workers—ensure patients receive expert care, you can witness the impact of two dedicated women on the wellbeing of children and mothers at Lacor.

To help her father pay for her studies, Lucille joined the army.

In 1953, when she began her third year of medicine, Lucille wanted to help her father cover the cost of her high tuition fees. She decided to enter the army’s Flight Cadet program through a new national initiative. The Canadian government offered university women the opportunity to enlist in the military. It was a program limited to 50 female academics across Canada; each university had a quota, and five women from the University of Montreal were accepted, including Lucille.

With a monthly salary of $400 (a good wage at that time), Lucille completed 10 weeks of basic training in London, Ontario in the summer of 1953. She took theoretical courses on the army (laws, ranks, organization, etc.) and practice courses like drill, gymnastics, and automatic rifle shooting. Lucille’s army days were just the beginning of a full life of hard work. As with this endeavor, she went on to achieve many other “firsts,” eventually founding Lacor Hospital in Uganda.

Women and children are among the most vulnerable groups of Uganda’s population. Without proper medical care, the rates of maternal mortality, infant mortality, and serious childhood illness are very high. We invite you to support the future of the Ugandan nation by helping us to continue improving the medical care we give to women and their children.

Every year, many people commit to helping a chapter of the Become Part of the Story campaign, organized by Lacor Hospital and the Teasdale-Corti Foundation. Each chapter is crucial in supporting the hospital as it carries out its everyday medical tasks.

Let’s keep the story going! Donate to the Women and Children Chapter and become part of the story!