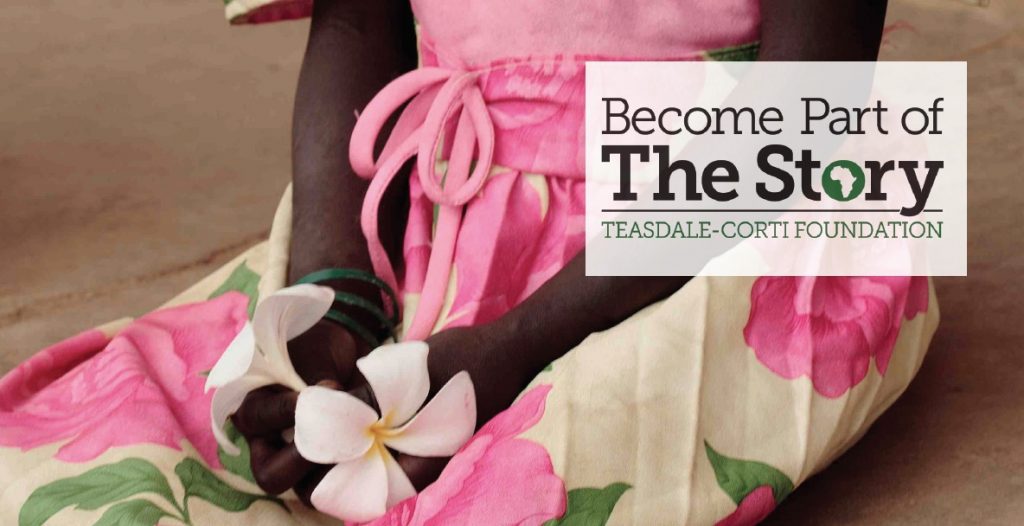 Now that summer has ended, we look forward to the magnificent colours of fall, and the warmth of indoor gatherings with friends and family.

Northern Uganda also has much to celebrate: 2017 marks ten years of peace in the area. Stability has allowed the Ugandan population to return to normal life: work, safe travel, farming, and school.

However, not all the region has had that chance; there are many nearby countries that still experience instability and war. For example, neighbouring South Sudan is ravaged by civil war. Because Uganda is now a safe place for displaced populations, it receives a massive number of refugees fleeing violence. As a consequence, Lacor Hospital has also seen an increasing number of South Sudanese patients, whether coming from Adjumani, a large refugee camp 75km from Lacor, or even travelling directly from South Sudan, whose border is less than 100km away.

Lacor Hospital has also seen many of its staff and students go work for large international organizations in South Sudan. Lacor’s impact through training therefore goes well beyond Uganda’s borders. The hospital and its schools work tirelessly to fulfill Lacor’s founding dreams of helping the area to develop its medical infrastructure, beginning with local education.

In this edition of our newsletter, we focus on the dreams of the past, present, and future. On page 2, we tell the story of a South Sudanese refugee and his dream for a medical career. We also share, on page 3, information about Lacor’s training facilities, which are helping to realize the early dreams of the hospital’s founders. Finally, on page 4, we tell you about Mr. Luc Maurice’s generosity to the Foundation; Mr. Maurice was introduced to us by Lucille Teasdale’s sister, Lise, who continues to dream new ways to help Lacor prosper from one day to the next.

Wishing you a wonderful autumn,

New Dreams Are Born: The Story of James Garang

Over the last few years, several victims of gunshot wounds or road accidents have come from South Sudan to seek treatment at Lacor Hospital in Uganda. 16-year-old James Garang is one of these South Sudanese patients.

James was born in South Sudan, a member of the Dinka, the largest ethnic tribe in the region. When war broke out in 2013, James fled to Uganda to escape the escalating violence.

In late 2016, James returned from his refugee camp in Uganda to South Sudan, hoping to visit his uncle. Once in South Sudan, the truck James travelled in was ambushed by rebel fighters. James was hit by two bullets in the lower part of his right leg; the driver and two nearby soldiers were also injured. An army truck transferred the wounded to the nearest hospital, which was empty except for one medic, who cleaned the wounds of James and his companions. There were no drugs in the hospital so, the following morning, the wounded were moved to another hospital where they spent two days; they were given painkillers.

When James’s uncle saw how severe James’s condition was, he immediately decided to bring him to Lacor Hospital, which was less than 2 hours away. He was transported back to Uganda in a pickup truck. By the time he reached Lacor, James was bleeding profusely and very weak – barely conscious. It had been five days since he’d been shot.

James underwent an operation to remove pieces of shattered bone; the bullets had passed through his leg. An epidural anaesthesia gave him temporary relief from his suffering, but once the medicine wore off, James’s pain was terrible – much worse than when he’d first been shot. He received oral morphine that day and, when he developed a fever and the pain returned, the nurses gave him Panadol. It did not do much to help but he appreciated the nurses’ kindness and their efforts to make him comfortable.

James thinks Lacor is a wonderful place since he was able to rely on the hospital facilities, the availability of drugs and, last but not least, the quality of care from the staff. Incredibly, James’s experience at Lacor has inspired him to pursue a career in medicine. He is now seeking a scholarship to study medicine so that he can one day care for those in need.

When they first started working at Lacor Hospital in 1961, Lucille Teasdale and Piero Corti didn’t only dream about caring for the patients of Uganda. They were also determined to create sustainability within the hospital by training young people interested in becoming health care workers. There were very few skilled health care workers in Uganda at that time, so Lucille and Piero initiated educational programs; over time, these programs became more structured. Now, there are four certified schools within Lacor’s compound.

Together, the schools can serve up to 550 students at one time; the student body is mostly Ugandan, but people have come from Kenya, Sudan, DR Congo, Rwanda, and Tanzania to study at Lacor.

Lacor Hospital is also an official University Teaching Site for Gulu University’s Faculty of Medicine and a recognised centre for doctor and pharmacist internships. Lacor’s interns have the chance to see a wide variety of diseases and treatments for both primary health care services as well as more specialized interventions, such as cancer treatment for common child lymphomas and Wilms tumors, or orthopedic and urological surgeries that are not available anywhere else in Northern Uganda.

Lacor Hospital and its schools have always strived to provide training opportunities to disadvantaged students in order to enable them to offer quality health care to poor communities. This contributes to increasing the number of skilled health workers in a region that still deals with a lack of qualified health workers to attend to a vast population. At the same time, it fulfills the early dreams of Lucille and Piero: to produce excellent nurses and other health care workers who are able to care for Lacor’s patients and to serve the needy.

We are proud to support Lacor and it’s schools in their outstanding work!

A Family’s Dream Lives On

Every year, Canadians give support to the Teasdale-Corti Foundation

Lucille Teasdale’s sister, Lise, lives in a Montreal retirement home. After listening to a presentation by the home’s owner, Mr. Luc Maurice, Lise approached him and asked him to help Lucille’s hospital in Uganda. She told him, “I know you regularly give to different causes. My sister, Lucille Teasdale, and her husband, Piero Corti, founded an organization that is close to my heart. They opened a hospital in Uganda many decades ago; it’s now very large and needs funds to operate.”

Mr. Maurice immediately agreed to help. Lise contacted the foundation’s director, Filippo Campo, who arranged for Mr. Maurice to meet him with Dominique Corti during one of her visits to Canada. Mr. Maurice generously offered $50,000 over five years to the Foundation’s General Care chapter of the Become Part of the Story campaign. The General Care chapter subsidizes medical treatment for adults, including elderly patients, suffering from illnesses like malaria, HIV, cardiovascular diseases, diabetes, cirrhosis, injuries from road accidents and others.

In an interview in May 2017, Mr. Maurice explained that his organization is very close to the community in Quebec, but it also supports international causes. Helping each other, he says, is essential to build peace in the world, for the wellbeing of all, including the elderly, which is the mission of Le Groupe Maurice.

The Teasdale-Corti Foundation is very grateful for Mr. Maurice’s involvement and generous support to Lacor Hospital. To watch the short interview with Mr. Maurice, we invite you to visit our Facebook page: www.facebook.com/teasdalecorti. 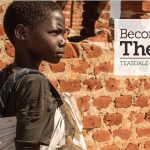